I haven’t written anything in a while.  Busy is an understatement for what I’ve been! I wanted to make this very important post though, because I have had enough time to process it all, and now I must share. The Not Alone conference which was held on the weekend of February 22nd and 23rd, 2019, was born out of tragedy but managed to blossom into something beautiful and healing. 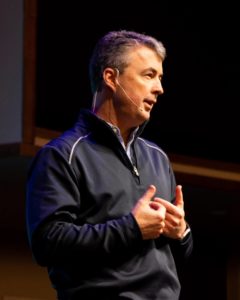 Alabama’s Attorney General, Steve Marshall chose to make the very private matter of his wife, Bridgette’s suicide a very public platform. He went live during a press conference and told her story of mental illness, chronic pain, and ultimately her untimely death to suicide in order to squelch rumors, and bring to light the very hushed, yet prevalent, pervasive struggle of mental health issues in our society that everyone knows is there, but chooses to ignore until it’s too late.  You see, we are in a crisis in this country. We are allowed to talk about our physical health problems, but we sweep the health of our mental state under the proverbial rug.  Not anymore. Steve Marshall vowed to change things, and he is doing a stellar job of getting the conversation started.  Alabama has one of the highest opioid addictions in the country, and we have a very high suicide rate due to hosting many military veterans suffering from PTSD, along with being underfunded for many mental health programs, creating a vicious cycle of needs going unmet. Now that you get that grim picture, allow me to paint a prettier one that’s still being brush stroked by many caring individuals in our region who are determined to make a difference. 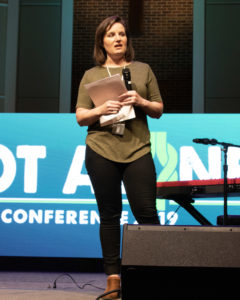 Sisters Leah Gunter Lucas and Lindsay Gunter Taylor, close family friends of Steve Marshall, and mental health counselors who run a small, private practice called Hope Springs, located in New Hope, AL, joined forces with Marshall, as well as many other professionals in the arena of mental health, to assemble an event that spanned two days and two separate locations to shed the light on an array of mental health topics. The “breakout” sessions were held in various classrooms within Willowbrook Baptist Church to talk about tough subjects such as addictions to drugs, pornography; suicide; blended family issues; coping with family members with severe mental illness, and so much more.  Sometimes church members are hesitant to reach out beyond their pastors to seek help. This conference allowed people to push the shame aside and open up, share, gain understanding, and hopefully begin the healing process. Mental health counselors were on hand to facilitate the blending of spiritual healing with the science behind psychology to help participants feel that they’re “Not Alone.”  I was honored to be asked to play some songs that could possibly touch a heart or two. This event is going to be held annually, in honor of Bridgette Marshall, and all those suffering from mental health issues who know they have a safe place to find answers and seek healing. The hope and the goal are to streamline the efforts in such a way as to make “going to therapy” as common as going…well, anywhere.   Xo 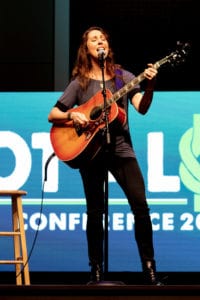