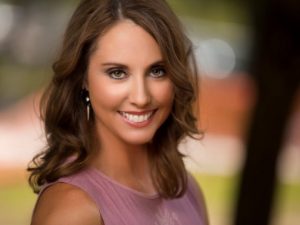 Lana White is an American Singer-Songwriter making a unique impact with her soulful, Indie soft-rock sound. Fans describe her harmonies akin to the likes of The Eagles, and her soulful, charismatic voice resonant of artists such as Colbie Caillat, Sarah Mclachlan, and Sheryl Crow. Originally from the heart of Dixie Land, Alabama, her songs form a vision of heartfelt drama and tug on the emotions of her listeners.

Growing up in central Alabama, Lana learned to love music at an early age and sang everywhere she went, but mostly to herself. Eventually joining her choir and show choir in high school, she knew this calling wasn’t going to leave her alone. While it nagged her in her late teens and 20’s, she was able to keep it at bay during college and she earned her degree in exercise science from Jacksonville State University.

Before long, Lana found herself running the gym for NASA on the Redstone Arsenal, but the music curse really began to work on her. She started singing in a duo performing covers at bars, restaurants, weddings, etc., and eventually sang in various full bands as the lead singer.

After Lana married she had two boys and began to pack away her dreams of pursuing a life of music. She had always wanted to be able to write songs and even began doing so in her early 20s after buying her trusty Takamine acoustic guitar and taking lessons. But when she was staying home with small children the music curse really began to pull on her to write songs. Not that anyone would ever hear them, but because they needed to be written.

After a few years of raising children, owning and selling a gym franchise, and having written a decent number of songs, she gave in and knew she had to do this. She found a producer, Dave Anderson, who is well known for being the lead guitarist for the bands Brother Cane and Atlanta Rhythm Section. Dave produced her first professional project, an EP entitled “Letting Go”. She began to market it herself and saw some success beginning to happen when her next producer Randy Younger found her.

Randy had produced several Grammy winners and nominees and was searching for an artist to develop in the North Alabama area since he had situated his recording studio on a farm there. When he heard Lana, he knew she was it. They began writing and recording together in the Fall of 2016, and have released 4 full LP records. Lana has been on over 70 independent FM radio stations worldwide and has had a rapidly growing fanbase on social media.