That time I met Jo Dee Messina…cool for me, not sure if it was for her… 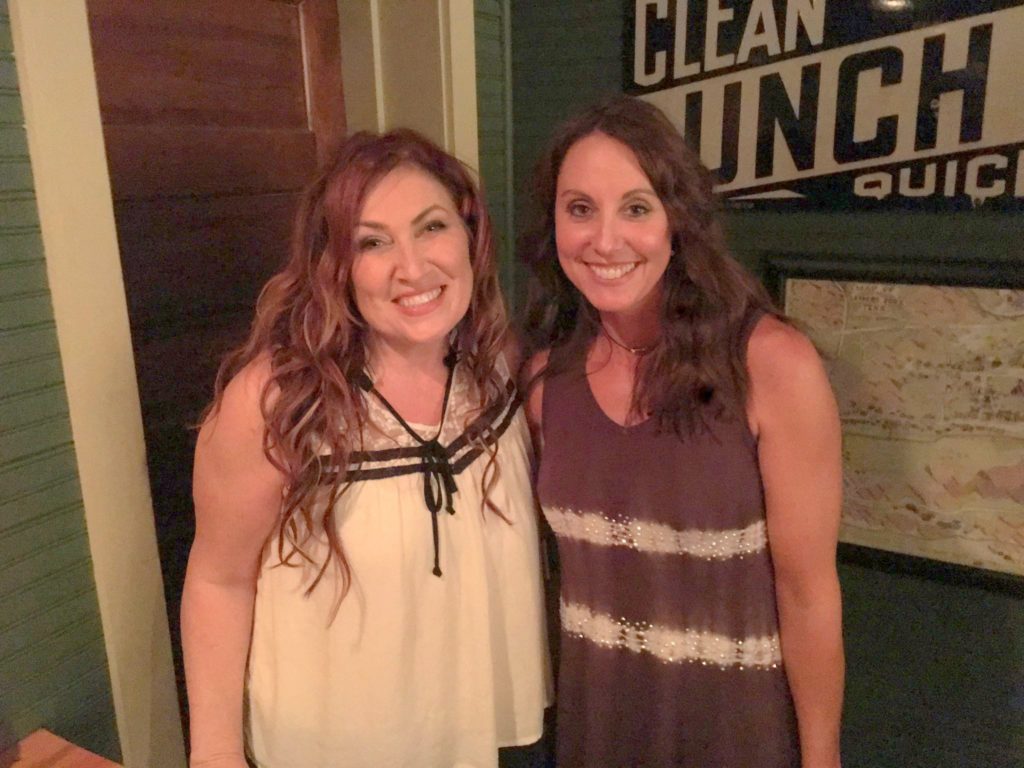 Can you see how nervous I am here?

Have you ever said something to someone, and immediately wished you could grab a DeLorean and go back in time?  Just go back enough to tell yourself …”Nooooo, please don’t! Just tell her that her hair is pretty and that you admire her music, and move along.” Well, that didn’t happen, so I am going to embarrass myself here with this story, but hey, I’m an open book, so here it goes.  A few years ago, I was at a fundraiser in a little suburb of Nashville that was raising money for struggling moms in the area to better provide for their children. I was so happy to get an invitation to this event, and I was even MORE pumped to learn that Jo Dee Messina was going to be there and playing a set!

Fast forward to me standing in line at the food buffet (I know buffet style food doesn’t sound glamorous, but let me tell you, it was southern cuisine at it’s finest (I am southern, so I know good food), and as I’m scooping a pile of potatoes onto my plate, I look over my shoulder (who doesn’t look around to see if anyone is noticing the gluttony of potato scooping, right?), and see Jo Dee!  As I almost flip my plate over onto my producer, I clumsily walk up to her and call her by her ENTIRE name. That’s right, I didn’t act cool, collected, and certainly not calm. I shouted – “Jo Dee Messina!!” She looked at me, raised her eyebrows, smiled and replied – “Yep, that’s who I am.” I went on to gush about her music and career and then….THEN….I say – “Where have you been? Why aren’t you on the radio and playing concerts much anymore?”  At that moment, as those words left my lips, everything slowed down, my tongue got fat and I swear, my voice converted to some demonic tone that made me sound like a record being scratched by a DJ. I immediately wanted to just turn and pretend like someone was calling me and rush to my table to smash my face into my plate of southern goodness.

Instead of running away, I took a deep breath, swallowed my pride (ok, maybe a huge gulp of wine), and waited for her response. After she gracefully thanked me for the rush of compliments I bestowed upon her, she quite firmly said -“I haven’t gone anywhere. I tour, write new songs, and make appearances everywhere, all the time.”  At that point, I realized how naive I was about how hard working musicians are still out there, making their presence known to their fans, and creating new ones with every turn of the tour bus wheels.

Another fast forward to when Jo Dee takes the stage.  Her band fires up the first song, I stand up and sing along to it, and every other song thereafter. She takes a break after about three songs and decides to talk to the audience for a bit. I am standing, smiling, and then….THEN…remember when I gave you the earlier analogy of the DJ scratching the record? She says – “Someone approached me earlier and asked where I’ve been. I haven’t gone anywhere!” As I lower my head in shame,  she actually proceeds to thank me for the dialogue because it gave her a chance to use that conversation as a way to relate to the audience that night, reminding them that just because an artist isn’t in the top 10 on the Billboard charts anymore, they are still out there, following their passion, and continuing to connect to audiences everywhere.

So, there it is, my embarrassing encounter with Jo Dee.  Do you know what else I garnered from my meeting with her? That I, too, have a responsibility to follow my passion and connect with my audience. I hope you continue to see the value in my work, and that you and I can form a connection that allows my musical journey to be a part of your world.  If you’re curious about my sound, you’ll notice influences from Jo Dee, to Sheryl Crow, classic rock, country, soft rock, and more!

Thank you for being a listener and for making it all matter.