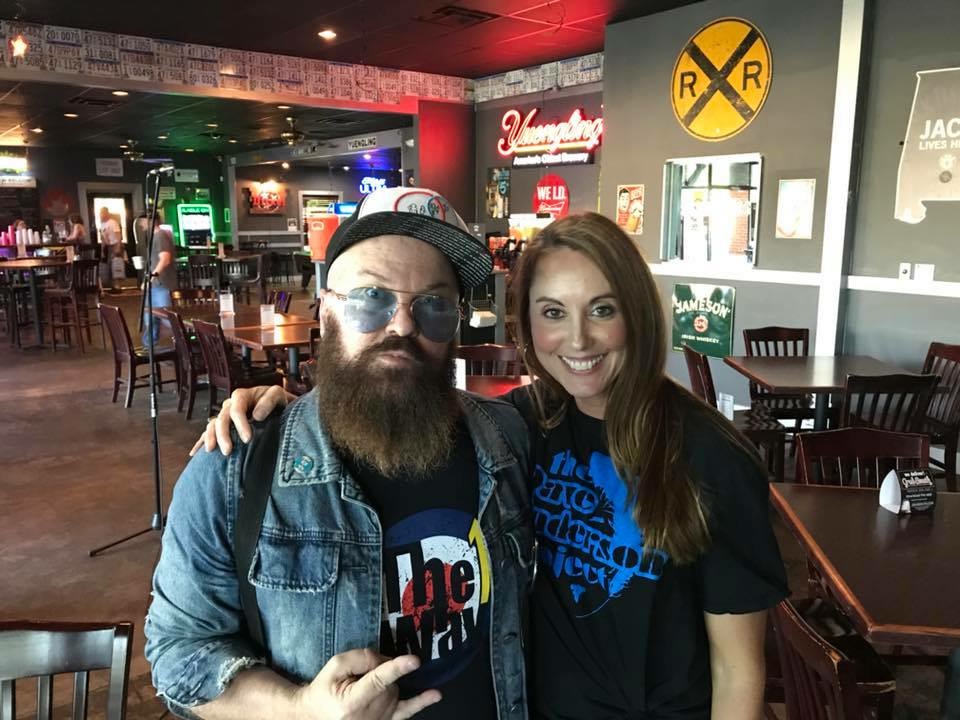 I am freaking out on the inside.

Ok, so maybe I stole him for a night, but OH, what a night it was!  Have you ever had a dream so big that you’ve made peace with its constraints which are limited to the boundaries of your skull, realizing that the likelihood of it ever happening in real life is just plain crazy?   Well…that’s where I was with this crazy dream of mine until the unthinkable happened.  You see, Angie Aparo was one of my lyrical, musical heroes. If you don’t know who he is, well, he is one of the best songwriters of our time (in my opinion), and his voice is so magnificent, it will chill you to your core. His album, The American, is one that I played on a constant loop for years. The song “Cry” and “Freeman” were covered by Faith Hill, and Tim McGraw, respectively. Faith won a Grammy for “Cry”, and deservedly so. Angie’s version, however, will always be my favorite.

Now, to the good part! It had been some years since I listened to Angie, but he had just released a new album, and so before I dove into it, I wanted to go back and listen to the old tunes again (you know how you watch all of the movies that precede a new one in the franchise?)  So, as I started listening, all of the emotions I had that were tied to those songs came flooding back. I literally was in tears listening to those songs, and so on a whim, I did something.

I had been working hard on my music and growing my social media following for a while. Twitter was up to 20k followers, and I was spending a lot of time connecting with those followers and enjoying the rewards of the popularity I seemed to be getting for my music. On that evening of digging back into the Angie album, I decided to tweet about it. Here’s a screenshot of what went down: 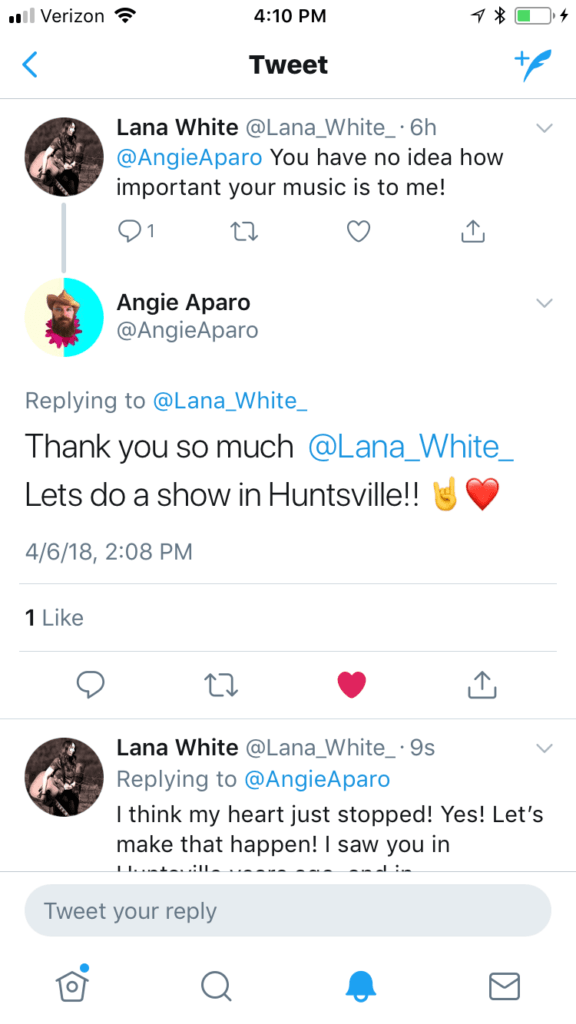 Ok….NOW….after I completely lost my sh!t, I set out to make this show happen.  From that point, there were a flurry of messages sent back and forth on Twitter, an exchange of phone numbers (OMG…I had Angie Aparo’s number in my phone?), meetings with the club owner of the bar we chose, and BAM….just like that, we were on the schedule to play a show…together. Guys, I am not kidding when I tell you that I had dreamt that exact scenario in my mind time and time again throughout the years. Not only the dream of playing a show with him but singing the song “Cry” with him.  I had watched video footage of he and Faith singing it together, and I would always imagine myself in her place.  And guess what? It happened.

Thank you for taking the time to read this post and share this experience with me.  I am excited to tell you that I will be playing ANOTHER show with Angie in the next couple of months! I’m sure I’ll get to sing “Cry” again, and next time, I’ll send you the entire song, for free!

Thanks again for taking the journey with me.